Get fresh music recommendations delivered to your inbox every Friday.
We've updated our Terms of Use. You can review the changes here.

Dance Away With Me

by Mrs H and The Sing-Along Band 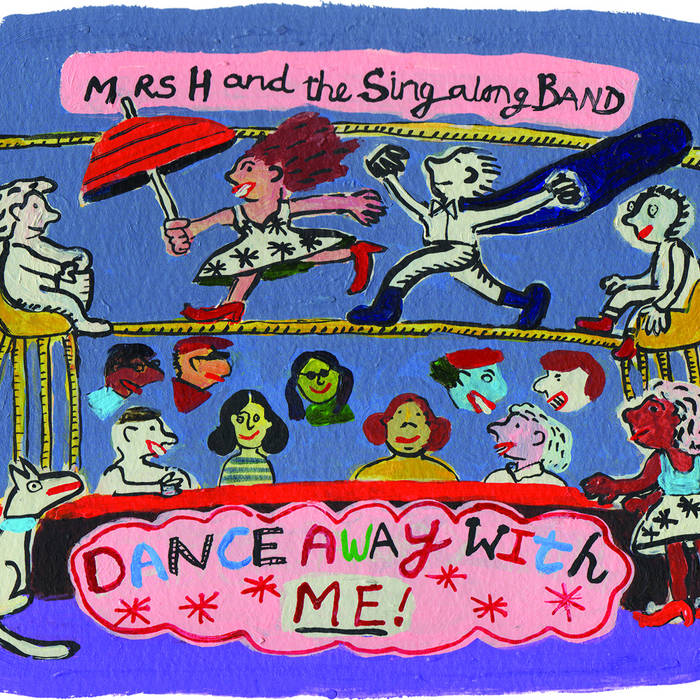 Bringing together elements of Folk, Soul, Afro, Latin and Dub, ‘Dance Away With Me’ reflects the band members various influences, as well as the multiculturalism of their home city, London. It also offers something the capital can sometimes fall short on, a multi-generational artistic endeavour, presenting music, which is, at once, remarkably accessible for children and able to carry the depth and energy to engross adults. Creating work that reintroduces us to the joy of the ‘sing-along’, Mrs H and the Sing-along Band have mastered the rare art of producing work that is truly for the whole family.

‘Dance Away With Me’ comprises recently written, original songs and interpretations of traditional compositions, performed on a plethora of instruments, in the band’s distinctive style. From the all-action 'Coming Down' which invites the listener to participate, to the beautifully delicate and melancholic 'Ladybird', all the songs are filled with heart.

The album is also technically accomplished, as is to be expected from musicians of such calibre. Headed up by ‘Mrs H’ Harriette Ashcroft on lead vocals and guitar, the band’s permanent members are Ted Barnes on banjo and guitar (Beth Orton, Clayhill), Ali Friend on double bass (Beth Orton, Red Snapper), Gill Sandell on accordion and flute (Emily Barker), Sebastian Hankins on drums (The Leisure Society) and Byron Wallen (Mercury Nominee) on trumpet. This core are joined, variously, by a stellar group of friends and collaborators that include, Sam Amidon on fiddle, Emily Loizeau and Anita Lipniska on vocals, and, perhaps the most important contributor, the children whose charming voices play such a role throughout ‘Dance Away With Me’.

Bandcamp Daily  your guide to the world of Bandcamp